The Choice of Lubricants for Vessels on Polar Voyages

The Polar Code states that cold temperatures may reduce the effectiveness of numerous components of the ship, ranging from deck machinery and emergency equipment to sea suctions. When ice is present, it can impose additional loads on the hull, propulsion system and appendages.

It is precisely these pieces of equipment where the selection of the correct lubricants that are both capable and environmentally acceptable is critical to ensure correct operation of propulsion, steering and stability systems such as thrusters, rudders and stabilizers - and safety systems such as lifeboat deployment davits.

From both vessel performance and environmental perspectives, the remoteness and very low temperatures experienced in polar regions, the enclosed, non-wave pollutant dispersion characteristics of the polar seas and marine species not exposed to oil pollution makes the choice of lubricants much more critical.

The IMO is reluctant to apply specific regulations that would incur a burden to vessel owners, and no standards for environmental lubricants are currently being considered for polar regions and no specific products are being endorsed. However, the IMO will consider if progress made under the Polar Code is acceptable for control of pollution or if there is a compelling need to extend pollution control measures.

There are currently five base oil types that are “generally” accepted as being biodegradable: triglycerides (plant/seed based oils); polyglycol (PAG); two types of synthetic ester; and synthetic hydrocarbon (polyalphaolefins - PAO). The selection of which lubricant type to use for specific pieces of equipment in the Arctic should be given careful consideration.

From an environmental point of view, synthetic hydrocarbon base oil is not actually listed in the U.S. Environmental Protection Agency 2013 Vessel General Permit (VGP) for EALs (EALs must be used in U.S. waters), as it is only biodegradable in very low viscosities. Polyglycols (praised for not leaving a sheen) are heavier than water and sink (out of sight, out of mind) and may demonstrate increased toxicity, as also commented on in the VGP.

Performance-wise, Triglycerides have poor low and high temperature performance, so they are not good from an engineering perspective. Polyglycols have good low temperature operating characteristics but have a question over toxicity and cases of corrosion of metals due to their hygroscopy - the phenomenon of attracting and holding water molecules from the surrounding environment.

PAOs require viscosity improvers to provide higher viscosity lubricants such as gear oils. These additives can be broken down under conditions of shear, reducing viscosity, compromising equipment performance and life and requiring regular monitoring to replace oil when viscosity drops.

This leaves the esters. “Unsaturated” esters are susceptible to thermal oxidation, resulting in polymerization and an increase in viscosity. Under thermal stress a lubricant can be put into a piece of machinery as oil and turn into a grease! Again, regular monitoring of unsaturated ester viscosity is required.

In partnership with the base oil technology is the correct selection of the additives. Additives such as pour point depressants (reducing the temperature at which the oil ceases to flow), extreme pressure additives for gear applications and friction modifiers for “wet” clutches enhance the performance of the base oil. However, in cold conditions, certain base lubricants exhibit poor “additive solubility,” resulting in separation (crystallization) of additives, compromising equipment performance and potentially leading to equipment failure.

Thruster propulsion system makers are taking the extreme sea conditions of polar regions very seriously and developing their equipment to cope with the fundamental differences of polar sea conditions from those in lower latitudes. This includes specific investigations into the performance of lubricants.

The opinions expressed herein are the author's and not necessarily those of The Maritime Executive.
This entry has been created for information and planning purposes. It is not intended to be, nor should it be substituted for, legal advice, which turns on specific facts. 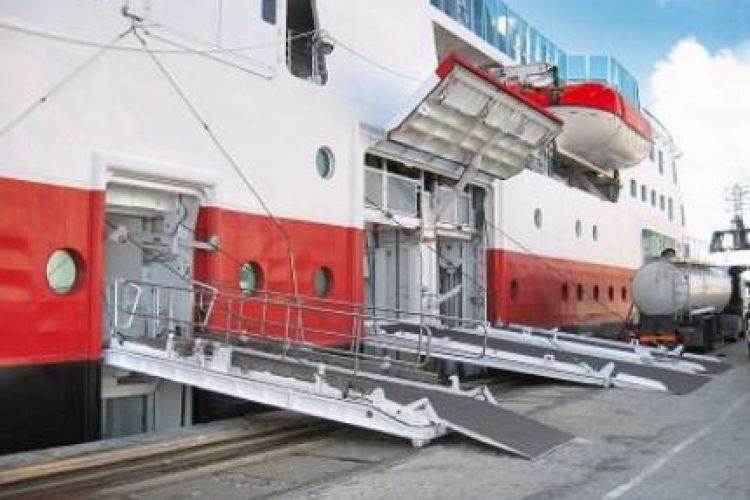