Thanks to the release of the Scania LDF-4, PANOLIN ECOMOT 5W-30 in Scania D13 and D9 (Euro 1 to Euro 6 engines) can be operated with identical oil change intervals to those of the LDF-3; V8 engines excepted. As a result, there is usually no need for separate engine oil for Scania commercial vehicles in mixed commercial vehicle fleets. The extended application range of PANOLIN ECOMOT 5W-30 simplifies handling in the workshop as well as storage and reduces the risk of incorrect filling. 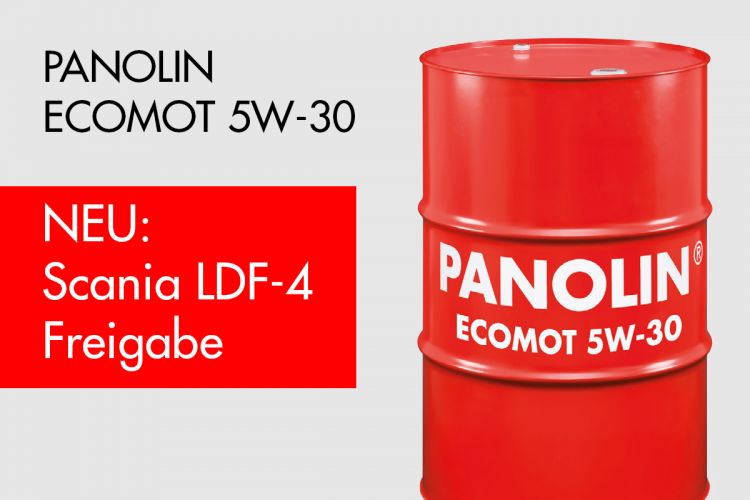